Neil Sackmary is a graduate Gemologist from the GIA who has been practicing Gemology for over 25 years. He has spent years doing research on coins, jewelry, and its market pricing, which gives Nevada Coin Mart its prestigious name. With his help, NCM has now become home to some of the most respected and highly professional costume jewelry buyers in Las Vegas and Henderson. Today, Neil pays the MOST CASH for all costume jewelry items.

Nevada Coin Mart is proud to be licensed by the Clark County. With more 2,000 transactions, our experts boast experience in recognizing and evaluating even the rarest of jewelry. As a costume jewelry buying company that has powered through decades since 1969, we have received more than 12 “Best of Las Vegas” awards from the Las Vegas Review Journal. We guarantee honest, fair, and transparent transactions with all of our customers, as well as FREE evaluations and verbal appraisals. 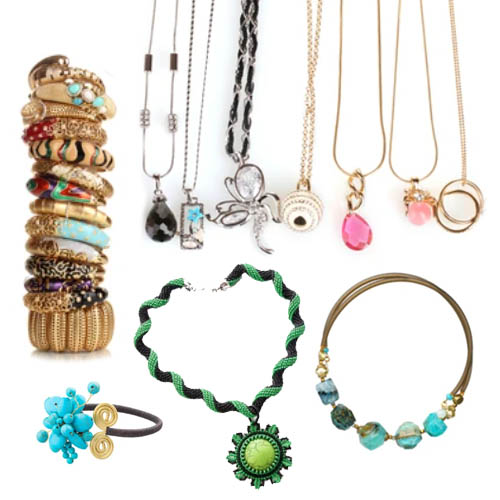 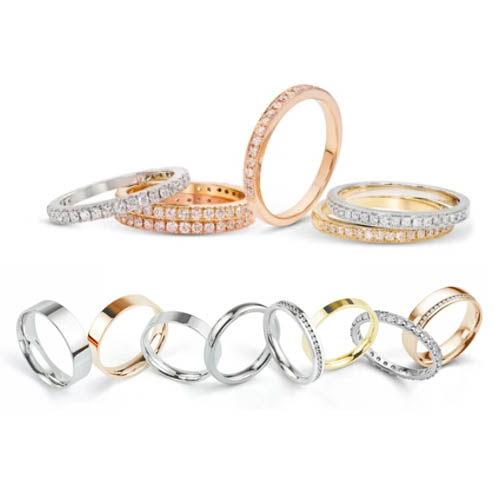 Neil pays the most cash

Nevada Coin Mart offers the highest level of professional, friendly, and courteous service to make each transaction a pleasurable and lucrative experience for our clients.

Neil Sackmary is a GIA Graduate Gemologist who has been practicing Gemology for the past 25 years. His knowledge and expertise in buying jewelry, bullion, and coins make Nevada Coin Mart the best buying company in Las Vegas and Henderson. Through years of success, NCM has now jumped over to modern technology when it comes to testing items that customers bring to sell. Experts affiliated with Nevada Coin Mart are trained to skillfully interpret results taken from state-of-the-art machines that are used in analyzing jewelry, diamonds, and metals. Moreover, to assure clients’ peace of mind, NCM allows them to watch as staff members of the company handle their items. Details like these make Nevada Coin Mart the LARGEST buyer of bullion, jewelry, coins, and even currency. Dedicated to the pursuit of happy customers.

Sorry, no posts matched your criteria.

Costume Jewelry, also known as fashion jewelry, is decorative jewelry items worn for personal adornment. It is also called fake jewelry, imitated jewelry, trinkets, junk jewelry, or fallalery. Such items are manufactured with less expensive materials compared to those used in producing “real” fine or high end jewelry. However, costume jewelry is produced to mimic or parallel the style of its fine counterpart. Nevertheless, selling costume jewelry is still one of the fastest ways to earn cash. The key is to find a good costume jewelry buyer like Nevada Coin Mart who pays the most cash for its value in Las Vegas. It is the best place to sell your costume jewelry because they analyze items’ content and value in the safest way.

The origin of the word “costume jewelry” can be traced back to the early 20th century. It represents the use of the term “costume”, which is now referred to as “outfit.” Such jewelry is often made using brass, copper, or aluminum, a material that tarnishes and bends easily. Pieces made entirely of textiles and leathers, base alloys, and even common metals plated with precious metals like gold and silver also fall into the “costume” category.

Certain groups of enthusiasts actually insist on calling this “semi-fine” jewelry, which is reported to be characterized by jewelry that is made using gold vermeil or is gold-filled.

Primarily, costume jewelry is made out of inexpensive materials like simulated gemstones, including lucite or rhinestones, set in metal alloys like pewter, silver, nickel, copper, and brass. However, during the time of depression, even gemstones were downgraded by manufacturers to cut the cost of costume jewelry production.

During the era of World War II, production companies often used sterling silver and incorporated them into fashion jewelry designs. The reason for this is that the other base metals normally used to create costume jewelry were banned in the private sector so they can be used for war time production. Additionally, sterling silver was chosen by manufacturers because it mimicked the color of platinum – a heavy metal that is stronger and sometimes more expensive than gold. Experienced costume jewelry buyers consider all of these factors when determining the value of costume jewelry pieces.

The middle of the 20th century gave costume jewelry its golden era. During this time, the middle class wanted to own jewelry that was inexpensive yet beautiful. This demand for affordable jewelry occurred along with the emergence of revolution of industrial manufacturing and machine-age. The invention of machines made the production of carefully replicated heirloom pieces possible.

When the structure of social classes in America started to change, the measure of wealth in every community evolved as well. Finally, women from all social statuses, even the middle-class ones, could own a piece of costume jewelry. Even your average country woman could have and wear a considerable amount of mass-produced jewelry that was both stylish and affordable.

Costume jewelry owes most of its popularity and image to various designers who made during the mid-20th century. Some of the well-known names include both high end and low end brands like Chanel, Dior, Napier, Crown, Monet, Coventry, Miriam Haskell, and Kim Craftsmen. Additionally, Hollywood movies played a role in popularizing the use of costume jewelry. The lead female stars in movies during the 1940s to the 1950s would always wear and endorse costume jewelry created by a range of designers.

Over time, high end jewelry gained a “collectible” status, which gave designed costume jewelry a bit of a name. As a result, there is now a substantial desire in the market for vintage fashion jewelry. The main selling point for such pieces is the collectability of signed jewelry items, especially if they feature unusual and obscure designs.

Pieces from Miriam Haskell, Coro, Crown, Butler & Wilson, and Sphinx are among the most sought-after ones. On the other hand, there are unsigned pieces of good quality that, although may not come from well-known designers, would still be desirable to certain collectors. The brand of an item should not discourage you from selling your costume jewelry.

Following World War II, the Art Modern period emerged, and jewelry designs became more traditional and understated. Big, bold pieces of the Retro period went out of style and were replaced by more tailored intricate ones. Pieces during this era were lavish. They can be quite large, but not too daring. Jade, opal, citrine, topaz, and rhinestones are often part of Art Modern jewelry.

Costume Jewelry designs have been evolving since its invention. Historically speaking, each significant period is expressed through the styles of costume jewelry.

The Art Deco movement was a successful attempt to mix mass production with art, design, and structure. During this period, Coco Chanel introduced costume jewelry in her outfits.  The most notable characteristics of costume jewelry during this era includes harsh geometric and symmetrical themes. Statement pieces like long pendants, bangle bracelets, cocktail rings, and elaborate accessories such as cigarette cases are also popular during this time. The Art Deco movement, however, died with the onset of the Great Depression around the 1930s along with the outbreak of World War II.

Jewelry designers struggled with the art versus mass production problem during the Retro Period. Manufacturers introduced merging natural materials with plastic. Retro jewelry includes bold pieces that exude glamour, elegance, and sophistication. They feature flowers, bows, and sunburst designs that shout Hollywood flair. Such pieces would often include accents like moonstones and synthetic materials like bakelite and plastic. Most of these retro pieces are American-made, which has a distinct American look.

Some luxury brands carry costume jewelry in their line. However, this does not mean that costume jewelry from less expensive brands do not carry value. For instance, gold-plated and silver-plated jewelry would still sell for a few dollars because of its precious metal content, given that you find a reputable costume jewelry buyer. If you want to sell your costume jewelry, try to look for the following articles in your jewelry box:

Rings are round bands that are commonly made of metal or plastic. They are meant to be an ornament for the finger. The word “ring” denotes a jewelry article that is snug when worn around the finger or elsewhere in the body, depending on the term, such as an arm ring or neck ring. They fit almost tightly around certain body parts, unlike other jewelry, like the necklace, which is worn loosely around the neck. Although rings are often worn to adorn the body, it would sometimes serve symbolic functions concerning marriage and societal position. It can also be worn to signify exceptional achievements, high status or authority, and even membership in an organization.

Like a watch, a bracelet is a jewelry item that is meant to be worn around the wrist. It may serve various purposes including being worn as a way to decorate the body and complete an outfit. At times, wearers would add accents to a bracelet, such as charms and beads, to express their personality and beliefs. In other cases, bracelets would bear personal and medical information. On some occasions, wearers would put their bracelets around their ankles. Some manufacturers actually produce a type of bracelet called an “anklet” for this sole purpose. Although worn on the ankles instead of the wrist, such pieces still costume jewelry value.

As the name suggests, a necklace is meant to be worn like a “lace” around the neck. It is actually among the earliest types of ornaments worn by human beings. The main component of necklaces is its chain (band or cord) which wraps around the neck. A pendant can be added to the chain to act as an accent to the piece. Such accents may include amulets, lockets, crosses made of precious or semi-precious materials such as pearls, rubies, garnets, sapphires, emeralds, and diamonds. Costume jewelry buyers are also interested in designs or forms and would be willing to add a little extra for intricate details. The best place to sell your costume jewelry is Nevada Coin Mart. We buy all sorts of costume jewelry.

Earrings are articles of jewelry that are attached to the earlobes or other external parts of the ears. Additionally, like the ring, it can also be worn on other parts of the body, like a nose ring or belly button ring. However, this is not the case for clip-on earrings. People have been wearing earrings for thousands of years, often for various cultural significance. Early versions of such articles would include materials like beads, plastic, wood, glass, and metal. Its designs ranges from small hoops and studs to huge discs and dangling pieces. The sizes of earrings are limited to a wearer’s capacity to hold its weight without the body part tearing apart.

Where to Sell Your Costume Jewelry

Nevada Coin Mart is the best place where you can sell your costume jewelry. If you wish to make cash out of your old jewelry pieces, feel free to bring them into our store to get them analyzed. This way, you can know your items’ value and have the chance to sell them to our expert costume jewelry buyers.